Barely made it through the first location in Legends Untold: The Path of the Druach, having rolled abysmally on Scouting Test and therefore being careless, the party triggered Grip Vines and Bolt Firer, which promptly rendered the Neophyte unconscious before the Foe was even revealed. Of course it was the Mother Spore which did for the Farmhand leaving the Forgehand to despatch it with 1 health remaining. Much time was used up recovering from this, only to encounter Goblin Shamans (Shamen?) in the next location and get reduced to 1 health again. At least the locations had a healthy population of the icons we were looking for. The time deck was pretty depleted by the time the adventurers lurched into the next two locations to conclude their search for wildlife. A Druach’s way is a hard one! Top tip — don’t be CARELESS. #bgg #boardgames 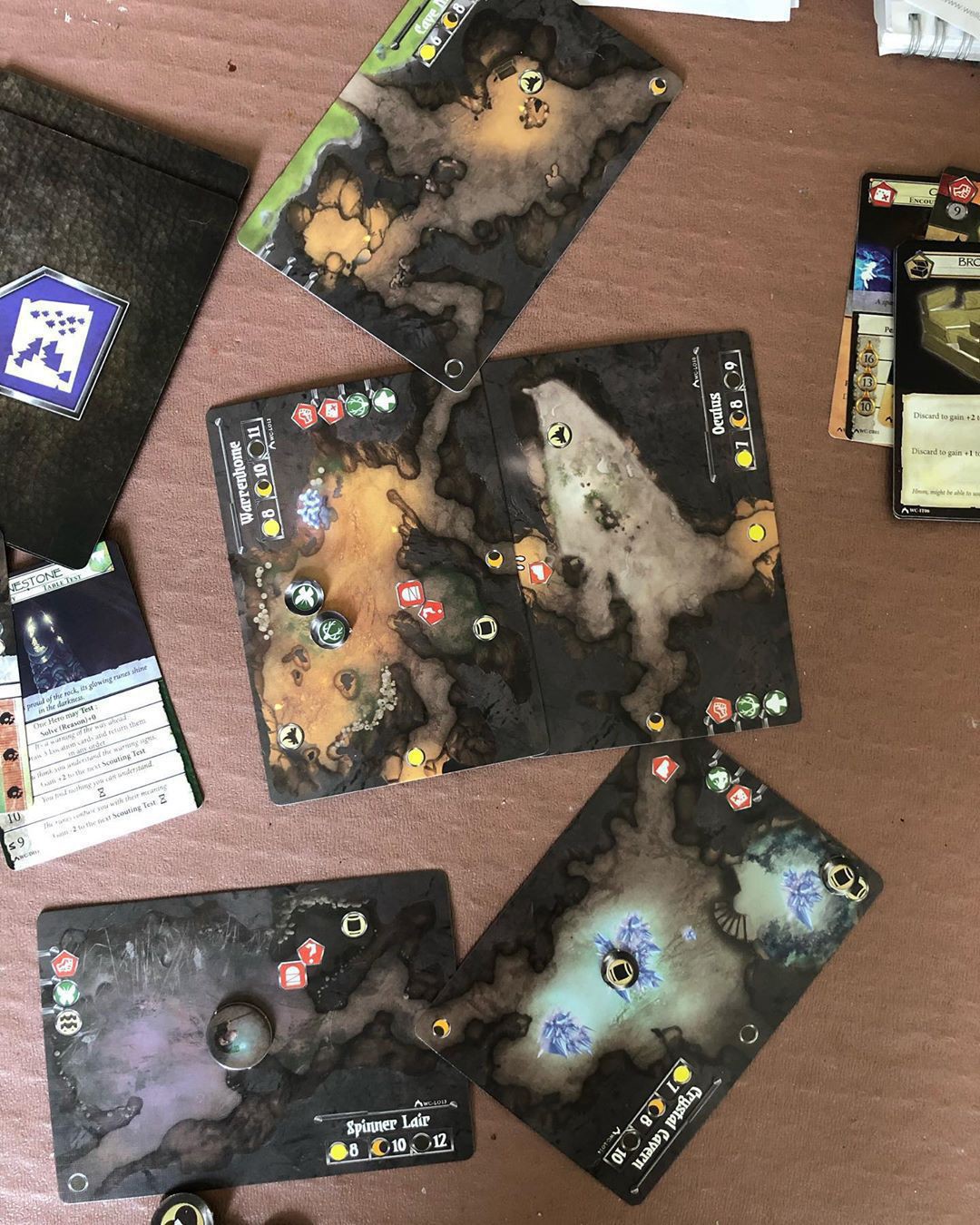