The highlight of yesterday was definitely Quartermaster General, a game I have been one footstep away from joining on many occasions, but this was the first time that I played. It needs 6 people so Chris, Kris, Jeff, Jean-Francois, Debbie and Matt were recruited as generals by Jeff and it was every bit as rewarding as I expected. Russia and Japan swooped back and forth across the Asia/Pacific region while the European powers engaged in more static activity, favouring careful Status card play. But once Japan overreached in India it started to go better for the good guys! I really enjoyed the experience, exactly the level of conflict style game that I can manage. #bgg #boardgames 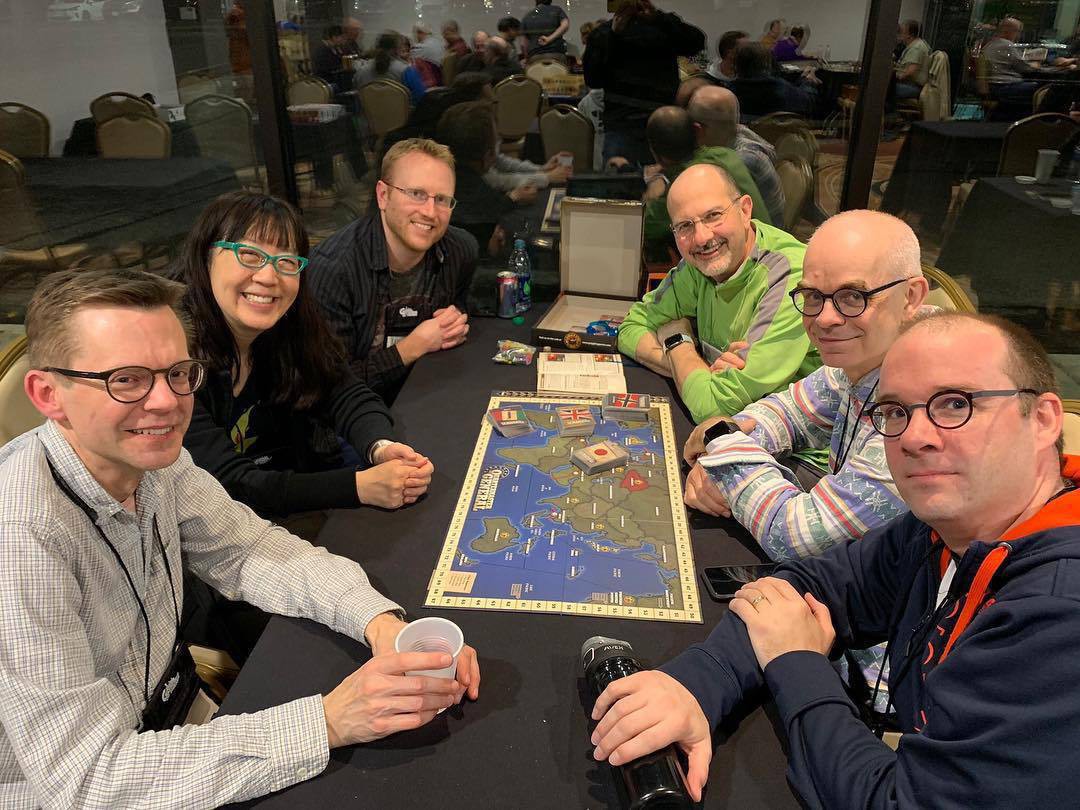